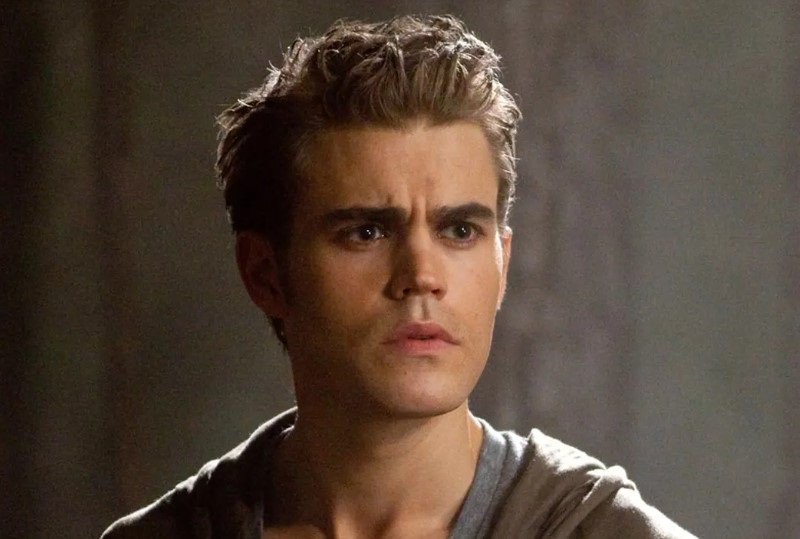 Paul Wesley is a name known to every Hollywood enthusiast. Paul is a Polish-American actor, model, and director from New Jersey. His fame is widely attributed to his role in Vampire diaries. He has also worked on several other projects, including Cloud 9, Wolf Lake, America Dreams, etc. Read further to know all about Paul Wesley’s net worth, career, and family in detail.

Paweł Tomasz Wasilewski, widely known as Paul Wesley in Hollywood, was born on July 23, 1982, in New Brunswick City, New Jersey, United States. He was born to parents Agnieszka Wasilewski and Tomasz Wasilewski. He lived with his sisters and parents in New Jersey. His sisters’ names are Monika Emara, Leah, and Julia. He spent some time in Poland at the age of 16, so he knows a bit of polish as well.

He received his education from Christian Brothers Academy in Lincroft and Marlboro High School in Marlboro Township. He later went to Lakewood Prep School in Howell, New Jersey, to pursue education and to act simultaneously. After graduating high school in 2000, he went to Rutgers University to learn acting. However, he did not continue as he got acting offers at university. Paul Wesley dropped out of university to step into acting professionally.

Paul Wesley had been dating Killer movie co-actress Torrey DeVitto since 2007. Paul married Torrey in 2011 in a private New York wedding after dating for almost three years. Things did not go well between them, and they decided to part ways in 2013. Later, Paul got into a relationship with Phoebe Tonkin on the popular show The Vampire Diaries in 2013. Paul and Phoebe broke up after 4 years of dating. Paul Wesley’s wife is Ines de Ramon; they took the vows in 2019.

Paul Wesley got his first acting gig in 1999 when he acted in one of the episodes of Another World. He also got a chance to play Max Nickerson in the soap opera Guiding Light during high school. 2001 “Shot in the Heart” was his first movie, followed by the CBS horror show Wolf Lake. He starred in the ABC Family miniseries Fallen in 2007 and The Russell Girl in 2008 in leading roles. Paul also received co-starring roles in “The Late Bloomer” and “Amira and Sam.”

The Vampire Diaries brought luck to Paul Wesley in 2009, and he received immense appreciation from viewers globally. The show aired in 2017, and everyone loved his role as Stefan Salvatore in the supernatural drama series. He was also a part of the series Tell Me a Story and the second season of Star Trek: New Worlds on Paramount.

Paul Wesley is not only a well-known actor but also an acclaimed producer. He has produced some popular names like Before I disappeared in 2014. The film gained fame globally and was selected for the “Venice Days” portion of the Venice Film Festival.

Paul has worked in numerous roles in series and movies in various niches. Some of his famous projects include:

Paul Wesley is well-known for his role as Stefan Salvatore in The Vampire Diaries. Paul started acting at a young age during High School. He starred in the soap opera Another World, followed by Guiding Light at the beginning of his career. Later, he was featured in numerous movies and a few TV shows, including Tell Me a Story, Fallen, Wolf Lake, Army Wives, etc. Paul has made an eminent name in the industry and earns on par with others. Paul Wesley’s net worth is $6 million as of 2022.

How much Money does Paul Wesley make?

The Vampire Diaries star Paul Wesley has a net worth of $6 million. He does not only make his money from acting but also from modeling, production, direction, and voiceover in movies.

What is Damon Salvatore’s Net Worth?

Ion Somerhalder, widely known as Damon Salvatore, is worth $12 million.

Did Paul Wesley Get Married?

After a failed marriage with Torrey DeVitto in 2013, Paul Wesley married Ines de Ramon in February 2019.

Who has the Highest Net Worth in Vampire Diaries?

Ian Somerhalder is considered the highest net worth actor in the Vampire Diaries, considering his net worth of over $12 million. He is also one of the highest-paid actors in the series.