previousCollege Dorm Party: How to Make It a Night to Remember
next9 Best Tips to Sell Clothes Online from Home
Home » LaTruth Net Worth 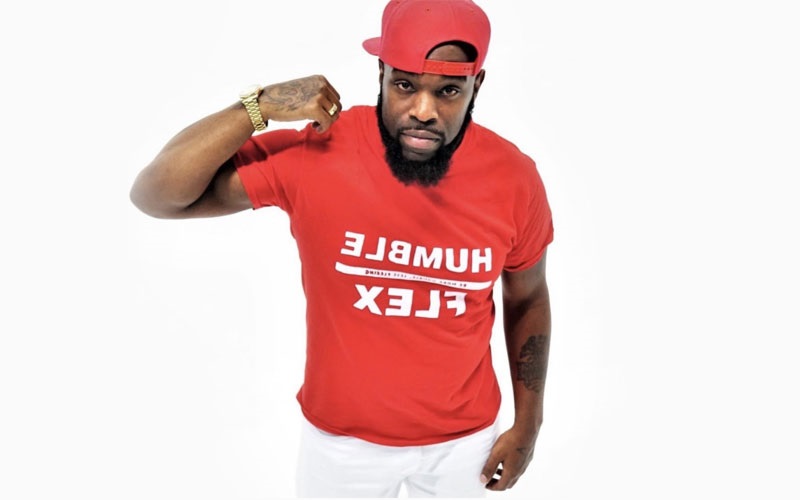 LaTruth is a popular American actor, singer, rapper, songwriter, and YouTuber. He is the founder and CEO of Fast Cash Record and RF Clothing. LaTruth has also worked in various movies like The Millennial and Crime Partners. He has been successful in all his career fields and made a significant amount through dedication and hard work. La Truth’s net worth is $0.7 million as of 2022.

LaTruth is one of the most well-known names in Hollywood because of his versatile career. His real name is Robert Hampton. He was born on June 15th, 1987, in Atlanta, Georgia, USA. LaTruth is of American nationality and Black ethnicity. He was raised in a simple environment by his parents in Atlanta. He got his initial education from Chase High School, North Carolina, and later graduated from the Isothermal Community College, Spindale, North Carolina, USA.

LaTruth is married to his wife, Briana Hampton, who owns the hair wigs and accessories brand Klassy Queens. He proposed to Briana during a Facebook Live session in 2016.

Despite their apparent continuous efforts to keep everything together, they both have been facing difficulties in their married life. They shared on various social media platforms about their probability of getting a divorce.

LaTruth mentioned that misunderstandings are rising between him and his wife because of the viewers. He said that people keep sending his wife videos of him saying that he is cheating. Nevertheless, he mentions that he has always been an entertainer and will continue to be so after being with his wife.

LaTruth and Briana renewed their wedding vows in Jamaica in 2022.

Yet, he shared, “Prayers up for me and my family. Divorce has been the topic of Discussion for BOTH of us for the past few months. Keep us lifted in prayer. We’ve been married 6 yrs so this really saddens me.”

LaTruth and Briana have four children together: Lauryn, Isaiah, Joshua, and Amoura.

LaTruth has worked as a rapper, singer, songwriter, actor, and YouTuber. He has recorded 11 albums and 5 projects on different social media websites: Soundcloud, iTunes, Google Play, Reverbnation, and Datpiff. LaTruth has sold over 300,000 units independently.

While Covid-19 resulted in the cancellation of concerts worldwide, he performed in Florida, Alabama, Jacksonville, and Mobile post-Covid-19. His best-selling songs Hands-Free and Drop it Low became #1 on the charts.

LaTruth received the Hip-hop award at the Hollywood Music and Media Awards in 2017.

LaTruth is not only famous for his singing but also for his work in the acting industry. He starred in movies like Crime Partners in 2001 and The Millennial in 2020.

He took a break from his singing and rapping career to focus on social media. Due to his continuous efforts, LaTruth’s fan base raised from 200k to 8.1 million. His sketches like ‘Black Men Do Anything To Win A Bet’ and ‘Netflix and Chill Role Reversal’ have over 10 million views. Viewers also appreciated his web series ‘Will He Cheat.’

Some of the most famous songs of LaTruth are

He makes a considerable fraction of his income from his singing music. However, his dedication to social media in the past few years is also bearing fruit now. He makes $70,000+ from his YouTube channel alone.

LaTruth shared on his Instagram that he has stomach cancer. He mentioned, “I just received my results from my endoscopy and found out that I have stomach cancer and I’m getting removed. Everybody keep me in your prayers. Name some holistic doctors and remedies in the comments, below family. I REFUSE TO LET CANCER DEFEAT ME!!!”

LaTruth’s wife also talked about his condition on her social media by sharing a video with the caption, “My heart is so broken. So yesterday we found out my husband has cancer! I am trying so hard to be strong for him. I need all my prayer warriors to show out we need all the prayers we can get!! Thank you for choosing me to be your WIFE. I am so #blessed to go through this thing called life with you. @_latruth”

However, the good news is that LaTruth is now cancer-free.

He had his stomach removal surgery on April 20th, 2022 to remove his stomach. He shared the news on social media, “The surgeon just delivered me some great news. Now all I have to do is recover after getting my complete stomach removed. God is good. Thanks for all the prayers.”

He further mentioned being cancer free. LaTruth posted on Instagram. “Man I just beat cancer. It ain’t nothing the devil or none of his workers can say to steal my joy!!! Kick rocks satan!!! #godgotmecovered #stomachcancerawareness #goodisgood #Cdh1 #feedingtubeawareness I’m cancer-free!!”

LaTruth is a famous name in Hollywood and has worked in various streams of performing arts. He is an acclaimed rapper, singer, actor, songwriter, and YouTuber. He starred in movies like Crime Partners in 2001 and The Millennial in 2020. LaTruth also received the Hip-hop award at the Hollywood Music and Media Awards in 2017. He has worked on his social media pages in the past few years and reached a massive fan following of 8.1 million. He was diagnosed with cancer but later announced that he is cancer-free. LaTruth’s net worth is $0.7 million as of 2022.