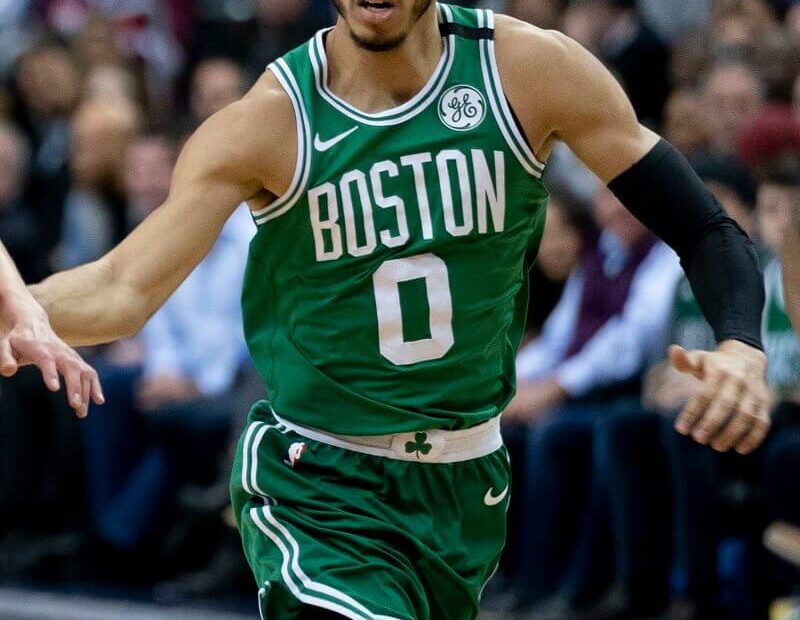 Jayson Tatum, a 24-year-old famously known basketball player, was born on March 3, 1998, in St. Louis, Missouri, United States. He had been playing for Boston Celtics since 2017 when the team picked him up from the NBA (National Basketball Association) draft. Jason got on the NBA All-Rookie Team in 2018 and the All-NBA Team in 2022. He also won a gold medal on the U.S Olympic Team 2020 in Tokyo. He was named as NBA Eastern Conference Finals Most Valuable Player in 2022.

Behind all these achievements, there is a lifetime struggle behind it. Let’s dig into it and learn about Jayson Tatum.

People had seen Jayson where he is now and praised him accordingly. But they don’t know about his hard work in his early life and how his mother raised him when he was a child. There was a time when she could not pay the bills and even had no furniture at their home. But his mother never gave up and supported Jayson in pursuing his dream of Basketball. Although his mom raised him, his dad was always there for him as he called Jayson every day.

Jayson completed his early education at Chaminade College Preparatory School in Creve Coeur, Missouri. He then went to Duke University to complete his graduation. During his education, he participated in different competitions and leagues and put his foot into the NBA.

Jayson Tatum has always been famous among people as a basketball player. Being a handsome player, he became quite popular among women. Jayson has always been in the limelight due to his relationships with different girls. In 2014-2017 he dated Torah Lachell, from whom he has a child named Deuce. He was in a relationship with Samantha Amos in 2017 and later got separated. Jayson was seen dating Ella Mai, a well-known British singer in 2019. Yet, there are still no reports that they are still together or not.

The General Manager of the Boston Celtics took Jayson Tatum in their third pick in the NBA draft in 2017. In his NBA debut, he scored 14 points as the position of power forward. He then made a season-high 24 points and won against the New York Knicks. Jayson scored his career-high 28 points and a win against the Philadelphia 76ers.

Later, on December 22, 2019, he broke his record by scoring his career-high 39 points and a win against Charlotte Hornets. In January 2020, he was selected as Eastern Conference Reserve and got the title of NBA All-Star. Jayson set a new bar with his career-high 41 points against the New Orleans Pelicans.

Jayson signed a 5-year rookie maximum extension for five years with the Celtics in November 2020, worth $195 million. He made a career-high 53 points against the Minnesota Timberwolves in May 2021. On May 4, 2021, Jayson exhibited one of the best performances of his career by scoring a career-high 60 points against San Antonio Spurs. He climbed the ladders of his success rapidly through his hard work.

“At the end of the day, we all want to win. So, everybody has to sacrifice when you want to be a part of something special” – Jayson Tatum.

“Kobe Bryant was the reason I started playing Basketball. Always was and will be my favorite player of all time. I love the way he could get his shot off, his footwork down in the post, just his determination to be the best player.” – Jayson Tatum.

“You got to have confidence in yourself first before anybody else will. I’ve always had that” – Jayson Tatum.

“There are a lot of talented guys, but at the end of the day, you have got to go out there and get it. It is about who is competing and wants it more on both ends of the floor” – Jayson Tatum.

Jayson Tatum, a 24-year-old famously known basketball player, was born on March 3, 1998, in St. Louis, Missouri, United States. He was always interested in playing basketball since he was a small child. Jayson’s parents were supportive of his interest and let him play through high school and college. It was a turnover for Jayson when he was drafted as a third pick by the Boston Celtics. Jayson recently signed a 5-year contract with the Boston Celtics for $163,000,300. Jayson Tatum’s net worth is $25 million.

How many Kids does Jayson Tatum have?

Who are Jayson’s Parents?

His parents are Justin Tatum (his father) and Brandy Cole (his mother).

Which Brands have Signed Endorsements with Jayson Tatum?

How much did he Earn from these Endorsements?

He earns about $1 million from these endorsements.

What is Jayson Tatum’s Net Worth?