previousUber Like Taxi App Development: All you Need to know about its Cost and Development Phases
nextPlastic Surgery Procedure for Bags Under Eyes
Home » How can I enlarge my Hips and Buttocks?

How can I enlarge my Hips and Buttocks? 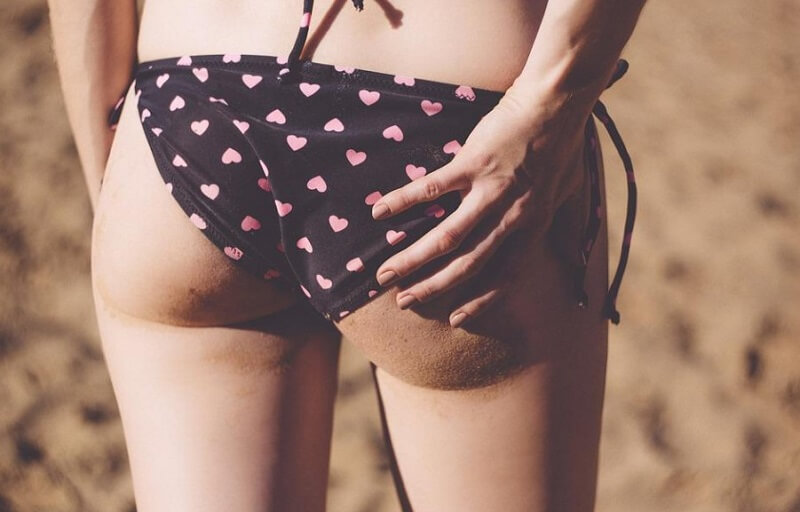 Why are Big Butts Attractive?

Because they are a sign of good health, beauty, and fertility, wide hips are desirable. Scientists will all conclude that it is a phenomenon that is hardwired into our genes.

Wide hips appeal to many people, not simply those in current society and particular civilizations. It is organic. Because of biology, We are aware of this because it is both historical and pan-cultural, which means it applies to all human cultures (you can see this in ancient sculptures from Egypt, Africa, India, and Greece). In fact, studies show that we may naturally go toward even more extreme proportions, but our contemporary culture, which is overweight, quietly downplays this because having hips that are not excessively wide appears more typical. Let’s explore the reasons why wide hips are innately beautiful.

Prior to the development of modern medicine, maternal mortality was extremely high for hundreds of thousands of years. Therefore, having broad hips enabled simpler birth and gene inheritance. Additionally, the fat that accumulates around the hips, butts, and thighs is crucial for breastfeeding because it enables mothers to feed their children even when food may not be readily available. According to studies, a baby’s brain health may even be enhanced by the healthy fat found in the thighs and buttocks of women.

Notably, belly fat has the opposite impact. It is a sign of sickness. Fat in the abdomen is strongly associated with greater incidences of chronic illnesses. Wide hips are thought to be particularly beautiful because they signal excellent health and prime fertility, and this theory is very consistent. Both the subconscious and the conscious seem to be involved in this. The curvaceous shape is feminine and appealing, and it also signifies a woman is in her childbearing years on a primal level (as women get older, fat starts to accumulate around the stomach and hips tend to narrow).

Although we all aspire to do many wonderful things in life, evolution argues that our primary goal is to pass on our genes to the next generation. In order to carry on our genes, much of what draws us is entrenched firmly in our DNA. It makes sense that you are reading this to discover how to have wider hips because you already know they are attractive and that you naturally want them. You might be asking at this point if broad hips are just a genetic trait or if they can be developed.

In reality, a large portion of it is inherited. Some women are born with curves because they have the proper bone structure and can transport fat to the thighs and buttocks rather than the stomach. Having said that, there are techniques to widen your hips by gaining muscle and to make them look wider by getting rid of belly fat.

What can Widen the Hips?

As women enter adolescence, their hips begin to naturally enlarge. Estrogen is the hormone in charge of this. When fertility is at its highest, between ages 20 and 30, it causes the pelvis to expand. Naturally, having wider hips makes giving birth simpler (and safer). Additionally, women’s thighs, hips, and boobs have more estrogen receptors than males do, which results in more fat cells in these places. Many estrogen receptors in these regions naturally suggest that the woman is young and healthy. As was already established, this fat is advantageous both during pregnancy and throughout childrearing.

Because of the decline in estrogen levels as women age, they have a tendency to store fat differently (more around the waist and belly). In other words, estrogen, which modifies the bone structure and affects how fat is distributed, is what naturally causes the hourglass shape. A tiny waist and large hips are a result of high estrogen levels. Furthermore, certain women are endowed with the way their bodies respond to estrogen during puberty. Let’s not forget that there are other variables as well, such as a woman’s level of activity and dietary habits. No matter how gifted you are genetical, you won’t have an hourglass figure if you eat poorly and spend a lot of time sitting down.

Why do Some People not have Wide, Curved Butts?

Don’t worry; not all women have a naturally curvaceous figure. This is because, during adolescence and the early years of adulthood, when your hips widen, not all women have the same levels of estrogen. Women won’t have such prominent hips if they have lower estrogen levels or higher amounts of androgen hormones (male hormones, which is completely natural).

Higher amounts of male (androgenic) hormones in women, such as testosterone, will result in a more up-and-down, straight shape. Don’t give up if this describes you. This androgenic effect first and foremost translates to greater endurance, initiative, assertiveness, and domination. Additionally, to add some curviness, you can continue to add muscle to the area around your hips and maintain a tight waist.

Is it Possible to make the Hips Bigger?

It is simply not possible to change the structure of the bones. That is genetics. Even though the size of your pelvic bone has a significant impact on hip width, exercise and a healthy diet can help you appear to have wider hips. You will never be extremely curvaceous if your waist and hips are straight up and down, but you can fake some seductive curves. Since you also have little control over where your fat is stored, the objective is to build strength around your hips and maintain a trim waist.

If you’re asking yourself, “Can I undergo hormone therapy to enhance estrogen and so widen my hips or redistribute fat?” Possibly, depending on your age, but it’d probably be harmful to your health and unsuccessful. Only those women who really lack estrogen undergo treatment with estrogen therapy. Your lack of broad hips does not necessarily indicate an estrogen deficiency.

Hormone therapy is primarily used by non-transgender ( also known as cisgender) women to alleviate menopausal symptoms or vaginal discomfort during sexual activity, not for aesthetic purposes. If your levels are normal, no doctor will advise this because you desire wide hips.

In the end, there isn’t much you can do from a bone structural standpoint to widen narrow hips. Again, you can achieve the hourglass shape by adding muscle to your hips and maintaining a tight waistline. And guess what? If you disagree, just look at these attractive female fitness models. Well-built muscles also imply wellness! When it comes to appearance, curves are not the only consideration. Regardless of how wide your hips are in relation to your waist, staying fit is one of the many signs of excellent health.

If you want to enhance your hips naturally without surgery or other treatments, you should concentrate on developing your hip and shoulder area muscles while maintaining a slim waist. This will make your hips wider (and appear broader), giving you the illusion of an hourglass figure. We want to get into the waist-to-hip ratio because it is crucial before we discuss exercise and nutrition.

Which Muscles to Target?

Exercises that entail raising the leg away from the midline, such as hip abduction and rotation, should be prioritized when trying to develop the outer hip muscles (so the knee and feet slightly point outward). The tensor fasciae lata (TFL), piriformis, and other gluteal muscles, from Maximus to minimus, are primarily responsible for these actions. Let’s examine these muscles in more detail:

Here are some activities you can do to enlarge your butt:

By forcing your glutes to accelerate and decelerate your abductors while gaining strength, this traditional workout will shape your hips.

This exercise helps to maintain your inner thighs (adductors) supple, isolates your side-movers in a really amazing way, and even improves your core as you stabilize.

Squats are a fundamental movement pattern that can be used to assist with various functional actions, such as standing up from a chair and sitting down. They also work wonders to strengthen the hips.

Aside from incorporating hip abduction into the regular squat workout, using a sidekick also temporarily puts you in a single-leg squat position, which is a highly effective way to develop your hips and legs while also testing your balance.

As you do this, switch legs because it can make your heart rate go up. For a boost, grasp dumbbells at your waist; for balance, hang onto a chair or a wall. To find more articles like this, visit: https://www.brandsreviews.com.