previousWhat Is The Importance Of Purchasing A Winter Jacket?
nextThe LED Screen: An Essential Thing To Give A Realistic Approach To An Event
Home » Heath Ritenour Talks about the “Gift” of Cancer

Heath Ritenour Talks about the “Gift” of Cancer 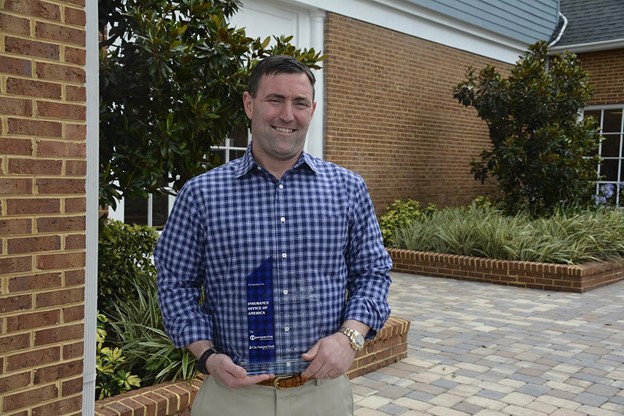 Most people wouldn’t consider being diagnosed with cancer to be a gift. However, that’s exactly how Heath Ritenour, the Chairman and CEO of Insurance Office of America, feels about his diagnosis. Heath Ritenour credits cancer with making him a more empathetic person, a better husband and father, and a better human being. His cancer journey has also strengthened his faith and opened up ways for him to give back to the community.

Ritenour wasn’t a likely candidate for cancer. A former high school athlete, he was still fit and active at age 39. However, when what he initially thought was a pulled muscle turned out to be a cancerous tumor. It was a humbling experience for a man who had spent his life “being in charge”.

One of the first things CEO and leader Heath Ritenour did was communicate what he was going through with his staff and insurance providers and told them what they could (and couldn’t) expect from him over the coming months.

In the video he put out, he urged his employees to seek medical treatment if they suspected they had a tumor. One man took his advice, found he did indeed have a tumor and was successfully treated. He credits Ritenour for pushing him to get the life-saving medical treatment he needed.

Today, Ritenour is cancer-free and healthy. Yet, he still seeks out opportunities to connect with those going through what he went through. “It’s a unique club,” explains Ritenour. “There’s something comforting about talking with someone who’s been through it and comes out the other side.”

Finding time to visit with cancer patients isn’t the only way Heath Ritenour gives back to his Orlando community. He’s a leader at his church as well as the head of the IOA Foundation, the charitable arm of Insurance Office of America, which his father founded in 2008. The Foundation sponsors a number of annual events to help support numerous Orlando-area charities.

Heath Ritenour joined the family insurance business in 1996, starting out as an agent and working his way up the ladder. Heath Ritenour became CEO of the company in 2008 and Chairman in 2018 when his father retired. During his tenure, the company has grown to be the 11th largest privately-held insurance company in the United States.

Ritenour and his wife live in Central Florida with their two children. When he’s not working and doing community projects,Ritenour enjoys spending time with his family. he was still fit and active at age 39.

However, when what he initially thought was a pulled muscle turned out to be a cancerous tumor, he was thrust into a cycle of treatments, surgery and doctors’ appointments. It was a humbling experience for a man who had spent his life “being in charge”.

It was a humbling experience for a man who had spent his life “being in charge”.The Foundation sponsors a number of annual events to help support numerous Orlando-area charities.

What Is The Importance Of Purchasing A Winter Jacket?