Things to Know About Doja Cat 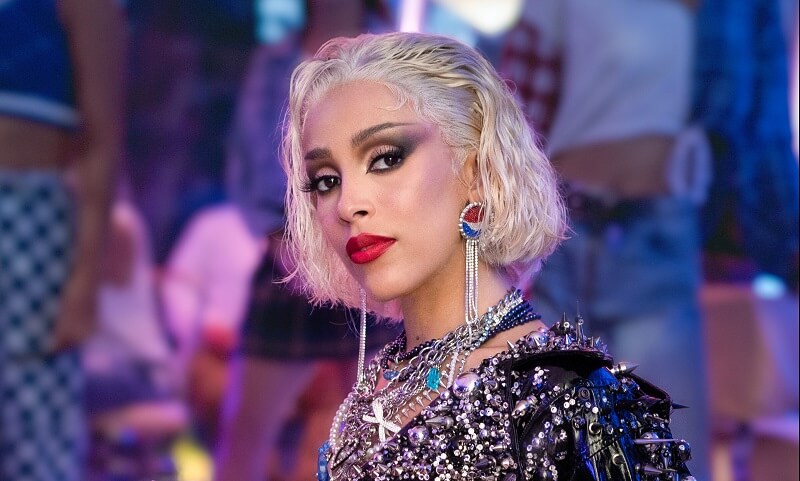 A simple American girl who made it all the way through Soundcloud to most homes of the world is Doja Cat. She is a street-style rapper and is of no match! She uses sarcastic tones and exact words to convey what she wants, which is why people love her. Although this much straightforwardness can cause you a lot of trouble in this dual-faced world, the rockstar doesn’t care. Doja Cat Say So and So High were the ones that made her get to the place where she is right now.

Insight to the Life of Doja Cat

What Does Doja Mean?

Doja Cat real name is Amala Ratna Zandile Dlamini. She was born in 1995. It means she is in her mid-twenties now, and that is the considerable progress she has made. She was very much into marijuana. That love for marijuana made her choose the name “Doja” because it means weed. Moreover, she also has an affection for cats, hence Doja Cat.

Who are Doja Cat Parents, and What are their Ethnicities?

Doja cat mother is a Jewish-American actor by profession in Los Angeles who has raised her all alone. Her mother has an affection for singing behind the doors too. For sure, Doja Cat got it from her! Her father’s name is Dumisani who is a South African Actor by profession. He is the kind of father that supports his children even if they do not see each other. He did not raise Doja Cat, but everyone can see him in the comment section boosting her confidence. Doja Cat is happy with the family and the support from them. Doja Cat’s siblings are not mentioned anywhere, but she says they live in different places.

Where is Doja Cat from?

When Doja Cat was born, she and her mother opted to live in New York for around five years, but later they came back to California. She attended some dance classes in jazz, ballet, and tap during her school life, which interested her in dancing. She lived in Los Angeles later after living in an Ashram of Hindus for about four years.

People forget that the celebrities were once average, non-significant persons. They start to backlash them for no reason. The same thing happened with her when her single day written, sung, and directed the song “Mooo!” came out. Everyone went down through her Twitter profile and started calling her out for writing some homophobic words to someone. First, she went straight as her personality is, but later she apologized to everyone and clarified. Since then, she says she has avoided social media as much as possible because it drains her.

Her Instagram is still active and is very well-maintained. She has more than 2.5 million followers now, and it is all because of her spontaneous personality. She comes online and starts singing about anything that comes to her mind. Like once she said that she liked butts and would love to create a song on them, which she did! It is called “Juicy.”

What is Doja Cat Net Worth?

The net worth of the newly entered artist is way better than people who have been trying for a long time now. It is known that her net worth is around $4 Billion roughly; that is quite a deal!

She has called herself messy and is a dropout from junior school. She always had an interest in dancing and music, and she would skip school for it. She uploaded her first song, So High, on Soundcloud. Soon she caught the attention of various people, including Dr. Luke. She said she cried when she got her first two likes on Soundcloud.

Later Dr. Luke made her sign a contract with RCA Records when she was seventeen. She released her So High song again as a solo commercial debut. Soon after it, she made another debut, “Purrr!” in 2014. Later she released “Roll with Us,” “Go to Town, Candy,” “Amala,” and “Mooo!” and “Juicy,” and much more in the same order. She has been listed two times on the Billboard Hot 100 and will soon be Platinum in the United States. She is the singer on the 4th of the list who is most searched on Google.

In 2021, she released her third album, Planet Her, featured in many other songs. She has done so much in such a short span that it will take days if one sits and starts writing on her achievements.

Is Doja Cat In a Relationship?

A musician goes well with a musician. Doja Cat took this and started dating Johnny Utah in 2019, and they kept their relationship going for almost a year. In January 2020, they both decided to part their ways without any drama. She explained that things didn’t work out, and they are still good friends. She is not married nor does she have any children.

Doja Cat is blowing the internet with her eccentric personality, and people are vibing with her. She says that she knows what she wants, and I guess this is what success requires! She is a versatile human – being a songwriter, dancer, singer, and whatnot. There is no platform where she has no following. With this kind of work, she will touch the sky soon!