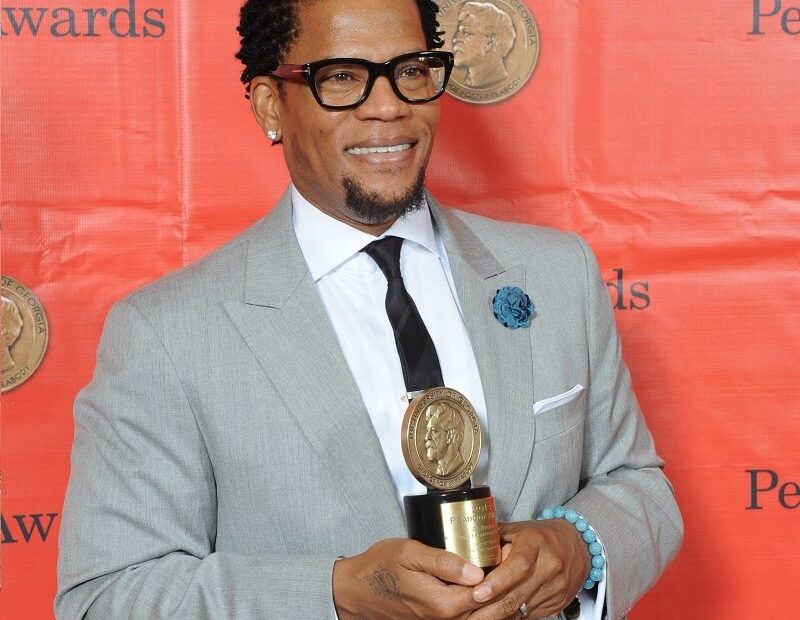 Darryl Lynn Hughley is an American actor, stand-up comedian, producer, radio host, screenwriter, author and political analyst. He is well known for hosting BET’s ‘ComicView’ from 1992 to 1993. Hughley was born on March 6, 1963 in Los Angeles, California, United States. He got expelled from San Pedro High School as he became a member of the street gang. However, he turned his back on gang life and resumed school to earn his GED. Hughley grew up in South Central Los Angeles and has been working in this industry for the last 30 years.

Darryl Lynn Hughley was born on March 6, 1963 in Los Angeles, California, United States. He is the son of Audrey and Charle’s Hughley. His mother was a housewife, whereas his father was a maintenance worker at Delta Air Lines. Darryl is the second of four siblings. His teen life was full of trouble as he used to be the member of a very dangerous street gang, the Bloods. He got kicked out of San Pedro High School. But eventually he turned his back on gang life and returned back to earn his GED. Later, Hughley got a job at the Los Angeles Times.

Darryl Lynn Hughley has been serving the industry for the last 30 years.

Hughley got his well-earned fame from BET’s ‘ComicView’ from 1992 to 1993. He wrote, produced and starred in his TV series,The Hughleys from 1998 to 2002. Hughley released a stand-up comedy album “D.L. Hughley: Notes From The GED Section” in the middle of 2005 and hosted a live talk show on Comedy Central called ‘Weekends at the D.L.’ the same year.

Furthermore, he hosted ‘D.L. Hughley Breaks the News’ on Cable News Network (CNN) which premiered on Saturday, October 25, 2008. His show ‘The D.L. Hughley Morning Show’ was aired on July 20, 2009 on WRKS, now known as WEPN. In 2013, D.L. Hughley also participated in ‘Dancing with the Stars’ and stood at the 9th place.

Hughley has written four books. His first book “I Want You to Shut the F#ck Up: How the Audacity of Dopes is Ruining America” was published in July, 2012. He released his second book in June, 2017 named as “Black Man, White House: An Oral History of the Obama Years” followed by his third book, “How Not to Get Shot: And Other Advice from White People” in June 2018. On June 30, 2020 Hughley published his latest piece ” Surrender White People!: Our Unconditional Terms for Peace.”

Now that we have discussed D.L. Hughley’s early life and career, let’s checkout Hughley’s net worth and source of income as well.

Darryl Lynn Hughley is a popular public figure with a net worth of $10 million.

D.L. Hughley earns a great fortune of around $500,000 on an annual basis with his hardworking nature. Hughley earned this fortune and fame with his enthusiasm, dedication, hard work and passion towards his career.

D.L. Hughley earns most of his wealth from comedy shows, movies, TV shows and on-air radio broadcasting. He has been a part of almost 14 films. He also worked as a journalist for the National Broadcasting Company (NBC).

D.L. Hughley was born on March 6, 1963 in Los Angeles, California, United States. He is the son of Audrey and Charle’s Hughley. His mother was a housewife whereas his father was a maintenance worker at Delta Air Lines. He grew up in South Central Los Angeles, California. D.L. Hughley is a famous and wealthy celebrity with a net worth of $10 million. Hughley’s annual salary is around $500,000. He earned this wealth and fame by performing in different comedy shows and movies, hosting several radio and television shows. Hughley has authored four books. He is best known for hosting BET’s Comic View. Hughley had an on-air position in radio broadcasting and he also used to work as an interviewer in New York. He has been a part of the industry for the last 30 years.