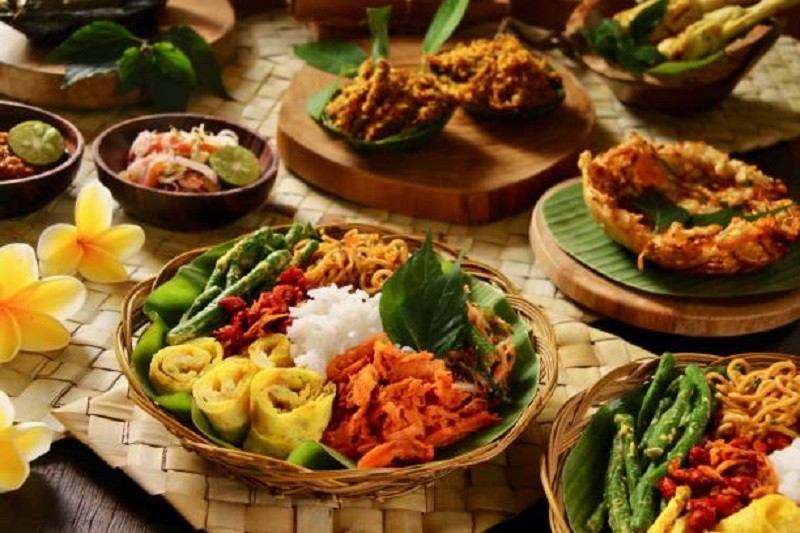 As a country that is rich in spices and natural products, Indonesia has many types of dishes. Each region in this country has its unique food that tastes good too. Then, is there any best food in Indonesia recognized by the world?

The outside world not only recognizes the various beautiful places in Indonesia but also recognizes the culinary delights of Indonesia. One dish from Indonesia was even on the list of the world’s most delicious foods in the past. Now, the number of Indonesian foods on this list is increasing.

Among the many authentic cuisines of this country, here are five dishes recognized for their deliciousness by the world.

The delicacy of beef Rendang has been known to the world for a long time. So, don’t be surprised if this food is the first Indonesian food to be included in CNN’s list of the world’s most delicious foods.

In 2011, CNN placed Rendang in the first position in the list of the 50 most delicious foods in the world. This dish, which is always available at the Padang restaurant, is made from the main ingredients such as beef, coconut milk, chili, and various spices. The ingredients are then cooked for hours until thickened. Rendang can generally last for days.

This food once topped the list of CNN’s most delicious foods in the world. Fried rice is also a favorite dish for tourists who visit Indonesia because it tastes good but is also not too spicy which is perfect for some tourists.

Another food on CNN’s list of the most delicious foods in the world is Satay. At that time, Satay was in the 14th position. There are various types of satay in Indonesia, but the most popular is the Madura Satay, served with rice cake and peanut sauce.

According to experts, this satay dish originated from the island of Java and then spread to various parts of Indonesia and even to other countries such as Malaysia. Nowadays, Satay is not only a popular dish in Southeast Asia but also in the Netherlands.

Who would have thought it turns out that the Lapis Legit cake is also included in CNN’s list of the most delicious cakes in the world. This cake is in 17th position on the list. It is said that Lapis Legit cake first appeared during the colonial era in Indonesia.

Lapis Legit cake was most likely inspired by a modified Dutch cake recipe by adding spices such as cinnamon and cloves. The modification was also made in terms of the roasting method.

A food columnist once wrote that Indomie Jumbo with grilled chicken flavor is the most delicious instant ramen in the Los Angeles Times. He said he felt like flying when he ate this authentic Indonesian instant noodle.